Liverpool FC legend Jamie Carragher has disclosed that he has been approached to go on ‘I’m a celebrity Get me out of here…’ show. 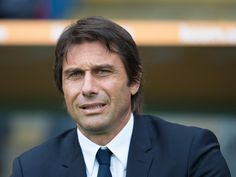 The retired player has been brilliant in his current job of soccer punditry on Monday Night Football. He has been quite active on social media and Premier League news.

Fans want him to continue with another league legend Gary Neville but the entertainment show want him. Carragher posted the email proving that he truly approached by the show organizers but he responded that he would find it hard combining it with his current schedule.

Other retired players like Jimmy Bullard, John Fashanu. Wayne Bridge and Kieron Dyer have appeared on the show.

“Jay, I’m pretty sure this is going to be a no mate but didn’t want someone to say they had tried contacting you and I hadn’t told you. ITV have been in touch to see if you would consider going into “I’m a Celeb get me out of here”

“I’m pretty sure it would be impossible with our work schedule. Let me know and I’ll get back to them,” the email Carragher posted read.

Some fans then urged him to accept and take Neville along with him. For now the pundit has ignored all calls, preferring to focus on his role. He recently advised that Liverpool keep Philippe Coutinho to help with his brand of attack, despite opining that Sadio Mane is more dangerous in attack for the Reds, for now.