The youngster came through the ranks at Uruguayan outfit CA Fenix and joined Portuguese outfit Famalicao in January 2021. Just seven months later, Ugarte made a £5.85m move to Sporting CP, where he has made 47 appearances to date. The last 12 months have also seen him break into the Uruguay senior national team, winning five caps. In May 2020, scouting website Target Scouting deemed Ugarte ‘one of the most exciting players in Uruguay at the moment’, adding that ‘he has a bright future ahead of him’. END_OF_DOCUMENT_TOKEN_TO_BE_REPLACED

As he returned to north London for pre-season, Antonio Conte made it abundantly clear the midfielder wasn’t part of his plans. Lo Celso was left behind alongside three other first-teamers as Spurs went along their pre-season tour of Korea. Despite plenty of interest from various clubs, an agreement had not been struck with any team. Moreover, Tottenham reportedly wanted €20 million in exchange for the midfielder, but they have not found any suitors willing to pay up yet. END_OF_DOCUMENT_TOKEN_TO_BE_REPLACED

Wayne Bridge also made the 23-man squad for England to the Euro 2004 tournament in Portugal, but he didn’t play at all throughout the tournament as Ashley Cole was the preferred choice at left-back. Wayne Bridge was also used as a left midfielder to solve the problematic position only for him to lose the position to Chelsea teammate Joe Cole due to an injury.
END_OF_DOCUMENT_TOKEN_TO_BE_REPLACED

Wayne Bridge penned a four-and-a-half year deal when he signed for the Citizens until 2013. He was introduced to the Manchester City fans for the first time during an FA Cup tie with lower league opposition, Nottingham Forest. The left-sided defender made his first appearance in a Manchester City two weeks after his introduction to the fans. His Manchester City debut came during the 1-0 win over Wigan Athletic.
END_OF_DOCUMENT_TOKEN_TO_BE_REPLACED 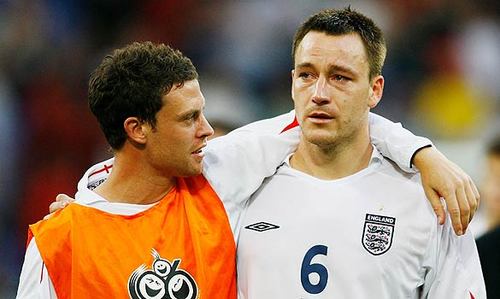 Wayne Bridge won his first trophy at Chelsea with the Premier League title at the end of the 2004/05 season under manager Jose Mourinho. The left-back started the season as the first choice before he sustained an ankle injury during an FA Cup tie with Newcastle United in February 2014. He was absent for the remainder of the season but the player had already made 15 appearances in the league, which was more than enough for a medal. END_OF_DOCUMENT_TOKEN_TO_BE_REPLACED

The signing of Belgium international striker Romelu Lukaku has given the Blues a new identity, according to Chelsea manager Thomas Tuchel. The big Belgian sealed an audacious return to Stamford Bridge this summer after Chelsea agreed a £97 million fee with Italian Serie A giants Inter Milan following the brilliant season, he had with the Italian club last season as he helped them to win the league title. Lukaku was courted by Chelsea some weeks ago after the English club failed in their attempt to convince German Bundesliga side Borussia Dortmund for the transfer of striker ErlingHaaland.

Their failure to get Haaland, who Dortmund slapped a whopping £150 million price tag on, plunged them into trying to sign Lukaku from Inter as a great alternative to their first option. Lukaku was bought for a little over £50 million less than the Haaland fee and it looks like they have done themselves a remarkable bit of business after Lukaku had a marvelous debut for the Blues on Sunday against Arsenal in the Premier League.
END_OF_DOCUMENT_TOKEN_TO_BE_REPLACED

One of the most talked-about transfer sagas of all time (arguably) has finally been wrapped up and completed. English Premier League giants Manchester United have finally completed the signing of Jadon Sancho from German Bundesliga giants Borussia Dortmund and it has left the club’s fans in a very ecstatic and exciting mood. The transfer rumor that lasted for over two years has now finally been announced to have been completed, with both United and Dortmund releasing official announcements that they have both reached an agreement in principle for the transfer of the England international forward.

The 21-year-old winger is now expected to travel to Old Trafford in the coming days to have his medicals done and his paperwork signed so that the deal would be made official. Following the completion of the deal, there have been a lot of positive things to say, with many people claiming that the deal, which will see the Red Devils pay an amount of £73 million to Dortmund, is a great one for all reasons.
END_OF_DOCUMENT_TOKEN_TO_BE_REPLACED

Ex-England national team left-back Bridge talked about his compatriot Kane and a potential move away from Spurs in his latest interview monitored by popular media portal Goal. According to Wayne Bridge, Chelsea owner Roman Abramovich has the finances required to pull off a deal for Kane but the player wants a move to Manchester City.
END_OF_DOCUMENT_TOKEN_TO_BE_REPLACED